As young girls in Cairo, Anna and Layla strike up an unlikely friendship that crosses class, cultural, and religious divides. Years later, Anna learns that she may carry the hereditary cancer gene responsible for her mother’s death. Meanwhile, Layla’s family is faced with a difficult decision about kidney transplantation. Their friendship is put to the test when these medical crises reveal stark differences in their perspectives…until revolutionary unrest in Egypt changes their lives forever.

Watch the trailer for the documentary film by Francesco Dragone about creating Lissa:

The Commons as Accumulation Strategy: Postgenomic Mutations in Biological Property

Drawing the Revolution: The Practice and Politics of Collaboration in the Graphic Novel Lissa 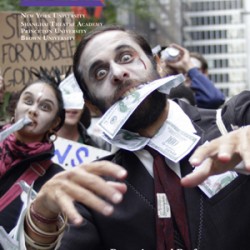 Cancer Previval and the Theatrical Fact

Healthy women who are at hereditary risk for developing breast and ovarian cancer are surgically enacting the disease in material registers on their flesh in order to survive cancer in advance. In this practice of “previval,” the disease becomes itself, or gains biomedical substance, through its own theatrical gesture. 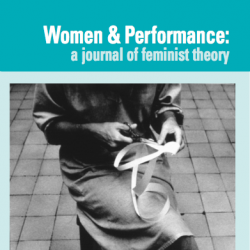 This article takes the recent turn against hope in breast cancer activism as a point of entry into a broader examination of speculative economies of science that creatively imagine, materialize, and manage futures in the present. It argues that untimeliness – anticipatory, simultaneous, porous, and prognostic in its articulation – captures these alternate arrangements of life and action as they are mobilized in cancer research that hails healthy women as experimental subjects to participate in clinical studies.

“Speculative Science: Genres of Future Life and the Matter of In-Vitro Meat.”

“Crafting Lissa, an Ethnographic Story: A Collaboration in Four Parts.”

Teaching Comics in a Medical Anthropology and Humanities Class